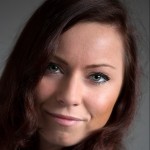 Playing For: I have always sung for as long as I can remember, and have been working as a full time musician for the last two and a half years in various bands singing many different genres including Jazz, Soul, Funk, R&B, Pop and Motown.

Musical Education: I’ve studied with Bristol based vocal coaches Michaela Fedeczko and Gemma Bott, but I’m largely self-taught. Since the age of seven I have owned a four track recorder, so I have been experimenting with harmony and various vocal techniques from a young age. I practice and perform as often as I can and continue to learn every day. I front two of my own bands who perform regularly around Bristol and the South West as well as working as a session musician on various projects. Over the years I have been lucky enough to be involved in some interesting projects including: David Greig’s critically acclaimed touring theatre production ‘The Events’, Dance 4s creative arts performing project ‘Bodies In Flight – Gymnast’, ITVs’ award winning Fixers ‘Suffer In Silence’ and ‘Common Ground’, Various American commercials with highly acclaimed music producer Lack Of Afro, Reggie Watts’ improvised musical performance for ‘The Bristol Jam’, and Independent music producer Wakeless ‘Break From Hell’, ‘Best I’ve Ever Seen’ and ‘Head In Hands’.

Favourite Musical Moment: Singing my original music with Molly and the Kings at The International Jazz and Blues Festival in Bristol.